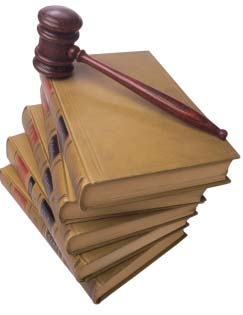 On one side of the coin, you have business groups, and those pandering to that agenda telling anyone and everyone who will listen how Australia’s unfair dismissal laws are restrictive and holding business back from employing more people.

Then on the other side of the coin are the unions and The Greens who say that the laws don’t go far enough to protect workers.

With both sides getting time in the press, who is the business owner to believe?

The Fair Work Act is relatively kind to those businesses with less than 15 employees, you are defined as a small business. It gives you a whole 12 months to figure out whether the new hire is going to be a good fit for your business or not.

For those businesses with 15 or more employees, the minimum employment period is 6 months.

If after those 12 months, you need to terminate someone’s employment, the Small Business Fair Dismissal code applies.

To be successful with an unfair dismissal application, the termination needs to be harsh, unjust, or unreasonable and not due to a genuine redundancy.

More often than not, an unfair dismissal application is successful because the process for termination was followed, or there was inconsistency with the way that similar incidents were handled for different employees.

The ugly side of this is that regardless of how an employee was dismissed, and for what reason, there is nothing preventing them from lodging an unfair dismissal application.

The consequence of this is that even if a former employee was dismissed fairly, they may lodge an unfair dismissal application with the Fair Work Commission in the hopes of getting some go away money.

This means that the business owner/manager is tied up responding to the application, spending time participating in the conciliation process, and preparing for the hearing before a Member of the Commission.

When all’s said and done, being scared of an unfair dismissal complaint shouldn’t be used as an excuse for a business not hiring more staff. What the owner/manager should do is put policies and procedures in place that will reduce the chance of a successful unfair dismissal application. This also includes hiring competent and suitable managers/supervisors, or, at the very least ensuring that the current managers/supervisors have access to and are adequately trained in this area.

To find out more about these and other training courses, click here, or fill in your details below to get our weekly newsletter.