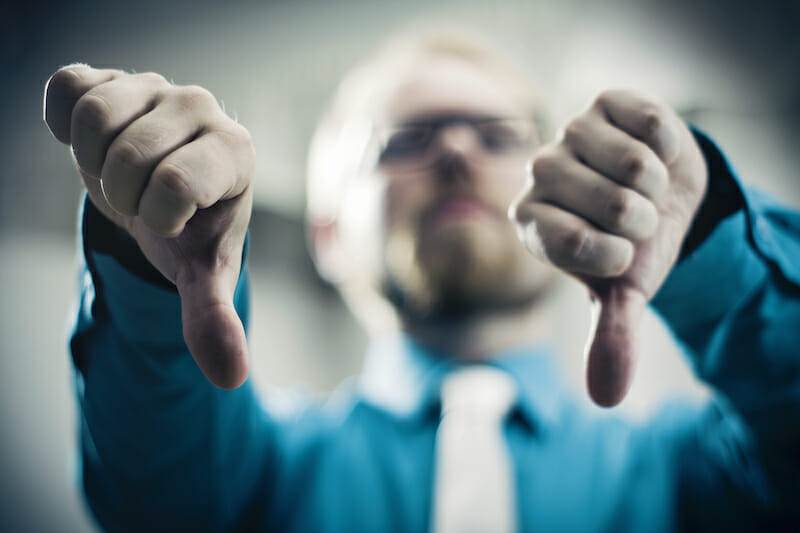 The Australian Small Business and Family Enterprise Ombudsman recently published what they called a review of the Fair Work Act’s “Small Business Fair Dismissal Code”, and offered their recommendations on how to fix it.

Despite being talked up by business groups, the review is nothing more than a veiled attempt to push their agenda.

Establish separate processes that would ensure a dismissal is fair when ending employment on the following specific grounds:
* serious misconduct (according to a new definition based on the FW Regulations);
* conduct (other than serious misconduct) and performance; and
* redundancy.

This is pointless, and will only be of benefit to the lawyers who will spend their time arguing the intent behind each definition.

For example, falling asleep during work if you are a security guard in a gatehouse may be “serious misconduct”.

Whereas falling asleep at your desk if you are an office worker, wouldn’t be.

Shouldn’t it be up to those in the workplace to decide what is serious misconduct and what isn’t?

Did you clearly warn the employee (either verbally or in writing) that the employee was not doing the job properly and would have to improve his or her conduct or performance, or otherwise be dismissed?
~ Q8a Small Business Fair Dismissal Code

How can that be made any easier to understand?

Define serious misconduct based on the definition in the FW Regulations and, in particular, deem that serious misconduct includes:
* wilful or deliberate behaviour by an employee that is inconsistent with the continuation of the contract of employment;
* causing serious and imminent risk to the health or safety of the employee or others;
* causing serious and imminent risk to the reputation, viability or profitability of the business;
* theft;
* fraud;
* assault or violence;
* intoxication at work;
* the refusal or failure to carry out a lawful and reasonable instruction consistent with the employee’s contract of employment.

This shouldn’t be a recommendation by itself, rather 1a.

Defining what “serious misconduct” is will only make things more confusing for small business owners, and will only benefit the lawyers.

Instead of defining what “serious misconduct” is, wouldn’t it be far easier to help business owners to understand what it is?

Remove application of the Code in the case of dismissal on the grounds of capacity. The Department of Jobs and Small Business should support the development of guidance, in partnership with industry and employer representatives, to help small business employers navigate situations related to capacity.

While I almost understand the intention of this recommendation, it is questionable.

A small business has 12 months to figure out whether an employee has the capacity to do the role.

If it takes longer than 12 months, for a business to figure that out, then there are more problems in it than an employee who doesn’t have the capacity to undertake the inherent requirements of the role.

Instead of plugging industry groups as some saviour to small business, why isn’t the Australian Small Business and Family Enterprise Ombudsman shaking them up to help small businesses to comply with and understand the code as it currently is?

Provide separate Checklists included in the Code for each of the covered grounds which can be applied to demonstrate that a dismissal is fair.

If the current checklist and code is too hard for small businesses to follow, how can creating another one make things easier?

Again, the remedy for this would be an actual educational campaign by both the Australian Small Business and Family Enterprise Ombudsman and industry groups on the code, and how it can help small businesses.

It is also doubtful that another checklist is needed when under the “Application” part, it says the following:

If an employee is dismissed after this period and the employer has followed the Code then the dismissal will be deemed to be fair.

Remove qualifying language (i.e. references to ‘reasonable belief’ and ‘reasonable chance’) that is open to contest and interpretation. Prescribe clear steps that a small business employer can follow and therefore know with certainty whether they have complied with the Code.

Again, this is an attempt by the Australian Small Business and Family Enterprise Ombudsman to push the business groups agenda.

Instead of taking reasonable out of the code, the Australian Small Business and Family Enterprise Ombudsman should again be pointing the finger at business groups, and themselves for not helping small businesses to understand what is reasonable and what isn’t.

Clearly explain the meaning of ‘small business employer’ in the Code so an employer can identify whether they are able to apply it.

I am genuinely baffled by this recommendation, especially when in the “Application” section at the start of the code, it says.

The Fair Dismissal Code applies to small business employers with fewer than 15 employees (calculated on a simple headcount of all employees including casual employees who are employed on a regular and systematic basis).

Where it may get a little confusing is with the associated entities bit in 23(3), though this wouldn’t really apply to that many genuine small businesses.

This seems to indicate that the Australian Small Business and Family Enterprise Ombudsman doesn’t understand the code themselves, and is using the Australian Taxation Office’s definition.

has an aggregated turnover less than $10million

At the start of the checklist, it says the following.

The Checklist is a tool to help small business employers comply with the Small Business Fair Dismissal Code.

While it is a tool, there isn’t anything that I have been able to find that says the code must be followed.

It also says it is there to help small business employers to comply with the code.

That being said, if the code is a challenge for small businesses to follow and understand, I really would like to know what they are doing if they aren’t following the code.

Explain how to calculate the minimum employment period.

The “Application” section of the code says:

And, question 2 of the checklist asks:

Has the employee been employed in this business as a full time, part-time or regular casual employee for 12 months or more?
Yes
No
[If No, the employee cannot make an unfair dismissal claim.]

Reading the “Recommendations in detail” part of the report, it talks about small business employers responding to an unfair dismissal application.

In particular is the jurisdiction objection response, usually via the form F3.

Q2.2 of Form – F3 has a box to tick if you answered yes to Q2.1 which is the jurisdictional objection.

One of those boxes is:

The Applicant’s employment does not meet the minimum employment period

Therefore, I do not think that any further explanation of the minimum employment period for a small business employee is needed.

Actively promote the Code via FWO and industry partnerships to increase small business understanding and awareness of it.

This recommendation is nothing more than a plug for employer groups to be promoted as a saviour to small business, and as such, should be ignored outright.

Though I am a tad confused as to why an employer group and Fair Work Ombudsman partnership is recommended.

Again, wondering why the Fair Work Ombudsman is mentioned here.

Yes, the Fair Work Ombudsman is there to “promote harmonious, productive, cooperative and compliant workplace relations in Australia”.

Therefore, anything to do with the Small Business Fair Dismissal Code should be up to the Commission.

This report acknowledges that the code is discussed in the Fair Work Commission’s Unfair Dismissal Bench Book.

I really don’t know how much more of the code needs to be discussed or covered, and any attempts to make a handbook could potentially make things more confusing.

The FWO to make its services available to businesses outside of existing operational hours and investigate the viability of a phone back service such as that made available to small businesses by the Australian Tax Office.

This is nothing more than a thinly veiled attempt to have the Fair Work Ombudsman promote employer groups.

And, once again should be something that is totally ignored.

The Form F2 to identify whether the applicant (i.e. former employee) believes they were employed by an employer employing fewer than 15 employees at the time of the dismissal. These applications to be considered as relating to a small business and be referred to the Small Business Division of the Commission.

How is the employee to know whether the employer is a small business or not?

Yes, they may know how many employees there are where they are working, though, they may not necessarily be aware of any other associated entities.

Let’s say for a moment that this question is added, and the former employee gets the question wrong.

The precessing of the application will be delayed due to being sent to the wrong division.

Which will give employer groups something to complain about.

A dedicated Small Business Division of the Commission to be established to deal with claims made against small business employers. This division should appoint dedicated case managers, with appropriate experience, and establish a triage process for the management of these claims.

While this does have its merits, creating a dedicated Small Business Division shouldn’t necessarily be needed.

The Commission to publish data in relation to unfair dismissal claims made against small business employers, including:
the number of claims identifying the respondent (employer) as employing fewer than 15 employees;
the number of small business employer respondents relying on the Code as an objection to an application;
the outcome of those claims;
whether the parties were represented or unrepresented.
This data should be made available in the Commission’s annual report.

All it will do is to give the Australian Small Business and Family Enterprise Ombudsman and employer groups ammunition to point the finger at the FWC about what they are doing wrong.

While it is admirable that the Australian Small Business and Family Enterprise Ombudsman is making an attempt to help small businesses to understand their obligations with regards to complying with the Fair Work Act, they have gone about this the wrong way.

If things are really as bad as they say it is, why isn’t the Australian Small Business and Family Enterprise Ombudsman doing their bit to help small business employers to understand the code, and how it works.

While the Fair Work Act may not be perfect, and no piece of legislation ever will be, it is far easier to help people to understand things as they are, rather than creating a which list to get their hopes up.

Scroll back to top