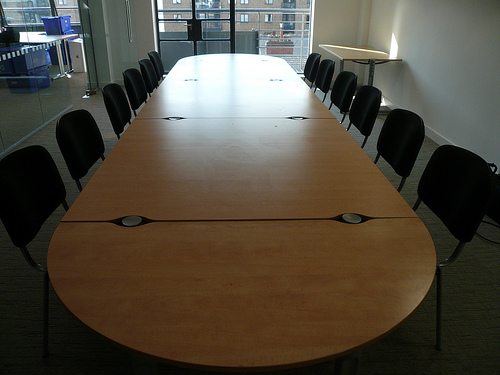 Steve Knott, Chief Executive of AMMA, when talking about the Fair Work Act 2009 stated “… for too long employers have battled an ineffective and uncompetitive workplace system that creates barriers and distractions to leadership, innovation and productivity.” That unions were “…forcing employers to process a phone book of union claims, effectively excluding any real opportunity to look at ways to improve the competitiveness and productivity of the business”. He goes even further to say that “The system also leaves employers under a constant threat of strike action”

Is he right, making misleading comments, or showing his lack of understanding of Australia’s employment legislation?

It should be noted that the comments above were made in support of the Fair Work Amendment (Bargaining Processes) Bill 2014 which is currently before parliament.

Way Off The Mark

While Mr Knott is right in saying that some businesses are under the constant threat of strike action, he has conveniently neglected to mention the part where the employer can challenge the application for protected industrial action when it is lodged. He also seems to have forgotten to mention the part where protected industrial action usually occurs due to something that the employer has or hasn’t done.[GARD]

I don’t dispute this claim made by Mr Knott, though where he is wrong is saying that the Fair Work Act forces employers to process union claims. Maybe he could point this section out to me.

Just because the bargaining representatives have put a long list of claims on the table, it doesn’t mean that the business has to agree to them. In fact, the business can say no to every single one of them if they want.

There is also nothing preventing the employer from doing the exact same thing, and giving the union a phone book of demands of their own. If the union says no, then the employer can apply to take industrial action themselves.

Once again, despite what Mr Knott has claimed, employers usually aren’t under constant threat of strike action.

The Fair Work Commission website states Industrial action is only protected if it is in relation to bargaining for an agreement. With enterprise agreements usually having a nominal expiry date of four years after approval, it means at a worst case scenario there will be protected industrial action every four years. Hardly a constant threat now is it?

Enterprise Bargaining Can Be Painless, And Simple

Negotiation of an enterprise agreement can be simple and painless and without the need for changes to legislation if you remember these points.

We know sensationalism is the only thing that the media wants theses days, and with people like Mr Knott making these sorts of misleading claims, it is giving them exactly what they want.

It’s time that business owners and managers stopped listing to those with an agenda or seeking 15 mins of fame, and either learn the act themselves or seek out those who do understand it.

Yes, the system isn’t perfect, though it is the only one that we have. So may as well make it work for us, instead of against us.