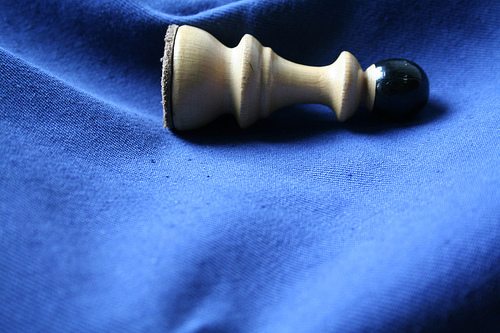 There is a never ending battle for supremacy in industrial relations in Australia.

On one side of the battle ground you have the employer associations screaming at the government that Australia’s restrictive workplace legislation is killing productivity, blowing out wages, and restricting growth.

They also claim that the current Right of Entry provisions give the unions virtually unrestricted access to their business.

On the other side are the employee groups, or trade unions, and they are screaming the opposite. The legislation doesn’t go far enough to protect employees from unscrupulous employers or enshrine job security. And that the Right of Entry provisions are too restrictive and don’t allow permit holders quick access to workplaces to protect members when things go bad.

Both sides claim that only by joining their organisation will you be able to protect yourself from the evil that will soon come.

And yet throughout all of this, the poor business owner/manager and employee are quickly forgotten. The reality is that they are nothing more than pawns in a popularity contest to see who holds the most influence with the government of the day.

Members Are Being Lied To

The cold hard truth of the matter is that both employer and employee groups don’t want their respective potential and current members to be able to solve their IR problems themselves, because if they did, they would soon realise that there is no point in staying a member.

Whilst they do provide a ‘service’ to their members in the form of a contact line to seek advice on their IR related issue. Actual advice on how to prevent it happening again is scarce or vague at best.

Both sides tell their respective members and future members, that Australia’s employment legislation is extremely complex, and it is only with their expert help that the average person will be able to understand it.

Industrial action is said to be the big stick that unions can wield to beat the employer into submission, and there is very little that can be done to prevent it.

Actually, aside from lodging an application to prevent or stop industrial action, there are other ways in which it can be legally prevented.

If an enterprise agreement states that wages will increase x% per year for the life of the agreement, it is happening because someone from the company agreed to put in in there in the first place.

That is the fault of those at the negotiating table, not the legislation.

If the marketplace can’t sustain the wages growth, don’t allow it into an agreement.

In the event that the bargaining reps are insistent on unsustainable increases, trade it off with a reduction in staff numbers and/or productivity increases.

Why an employer would rather deal with a third party than their own staff is beyond me. Still some choose to do it.

As mentioned above, the easiest way to negate some if not all of the influence that unions have in the workplace is to actively engage your staff. If something is happening within the business that could be relevant to them, let them know about it.

I would suggest an informal meeting at least monthly. If there is nothing to report then tell them how the business is doing. Give your staff a sense of ownership of the business. After all, without it, they wouldn’t be employed.

I should add a disclaimer here that I am not anti-union, nor do I believe that workers don’t have the right to organise themselves to represent themselves collectively, and this leads me to the next point.

For all the supposed failings that the Fair Work legislation has, there is one part of it that I am yet to see utilized, s18(c) of the Fair Work (Registered Organisations) Act 2009.

This section of the Act allows for an enterprise association to be established when the majority of the members of which are employees performing work in the same enterprise.

What this means is that rather than dealing with a third party (trade union), an employer is dealing with their own employees who via the enterprise association would have the same ability to be represented as if they were members of a registered trade union.

Likewise, if the trade union movement is legitimately interested in encouraging members to take an active part in their own IR related matters, then they should also be encouraging the establishment of enterprise associations.

Isn’t this what workplace delegates are supposed to be doing, rather than performing the role of a local sales rep?

Whilst it is understandable that unions don’t actually want enterprise associations to be established, it could also be the reason that unions are so keen to have a Charter Of Workplace Union Delegate’s Rights enshrined in an agreement. It restricts the employees to only working for them, not themselves.

So much for being the bastions of workers rights?

What would you rather do, continue to hand over your hard earned cash to an organisation that has you hoodwinked into believing that only they can fix things?

Or would you rather take ownership of the issue and learn how to fix it yourself?

This article first appeared on Cameron’s LinkedIn profile on 20 May 2014, and you can read it here