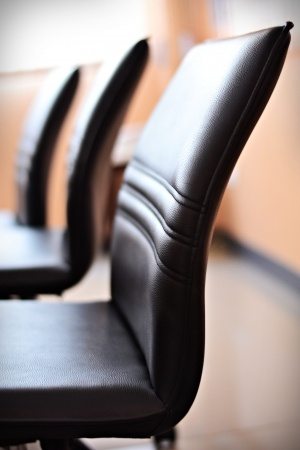 This is part 2 in a series on enterprise agreements.

You can find the first post in the series here.

In Part 1: Enterprise Agreements Part 1: What Are They? we discussed what enterprise agreements are, how they differ from Modern Awards and talked about what can and cannot be in one.

In this article, we will talk about the planning that should happen behind the scenes of the enterprise agreement.

So, without further ado, let’s get on with it.

This is probably the most important part of the whole Enterprise Agreement process. If you aren’t 100% sure that your business needs one, then don’t start the process.

Having an enterprise agreement in place will lock you into the terms and conditions that are in that agreement until another one takes its place or it is terminated.

An enterprise agreement is ideal if your business is going to experience growth during the agreement’s lifetime. Having one will simplify the process of paying your staff by taking away the confusion that exists with the Modern Award system.

What Do You Want It To Achieve?

Now that you have decided that your business does need an enterprise agreement, the next step is to decide what you want it to achieve.

A well written enterprise agreement can deliver wage increases along with the ever elusive productivity improvements. They can establish frameworks for dispute resolution and consultation that go beyond the basic clauses in the modern awards.

Enterprise agreements can also provide some stability for your staff by showing them what their wages with any annual increase whilst the agreement is in force, along with any productivity bonuses.

Ideally, it would make sense to have a draft agreement ready for negotiation as soon as you send out the notice of representational rights.

Keep in mind that the draft you start with could be completely different to the one that is sent out to vote. Though having one pre-prepared will save time and give both sides something to work from.

As with most things that a business does, it needs to be able to afford the proposed pay increases, if any are proposed.

It won’t do anyone any good to propose 6% annual increases for the next four years, if the company will have to downsize to pay for it.

For your first agreement, it might be wise to seek the advice of your accountant or bank manager if annual increases are proposed.

Once you have decided that you want to negotiate an agreement with your staff, you as the employer must notify your employees as soon as practicable and within 14 days of the start of negotiations, of their right to be represented during the negotiations.

This notification should be given to all of the employees who would be covered by the agreement and are employed at notification time.

As per the Fair Work Commission website, the following are bargaining representatives:

Once a final draft has been agreed upon, there are a few more steps that need to be taken before an application for approval can be lodged with FWC.

As the employer, you must ensure that a) the terms of the agreement, and the effect of those terms, are explained to the employees; and b) the explanation is provided in an appropriate manner (e.g. appropriate for young employees or employees from culturally diverse backgrounds).

The draft agreement must be endorsed by the employees by voting on it.

The vote cannot occur until a minimum of 21 days have passed since the employees were given their notice of representational rights.

During the 7 day period prior to the vote taking place, the employees must be given a copy of the agreement, and any other material incorporated by reference in the agreement. The employer must also notify employees of the time and place at which the vote will occur and the voting method that will be used.

The application must be accompanied by; a signed copy of the agreement and any declarations that are required by the Fair Work Australia Rules 2010 or regulations to accompany the application.

There are additional factors that FWC will take into consideration before approving an Enterprise Agreement, such as unlawful content and flexibility and consultation clauses.

The next article in this series covers the negotiation process, what to do, who to talk to, suggestions for conduct, etc.

Once it is published, you will find that article here: Enterprise Agreement – Negotiation